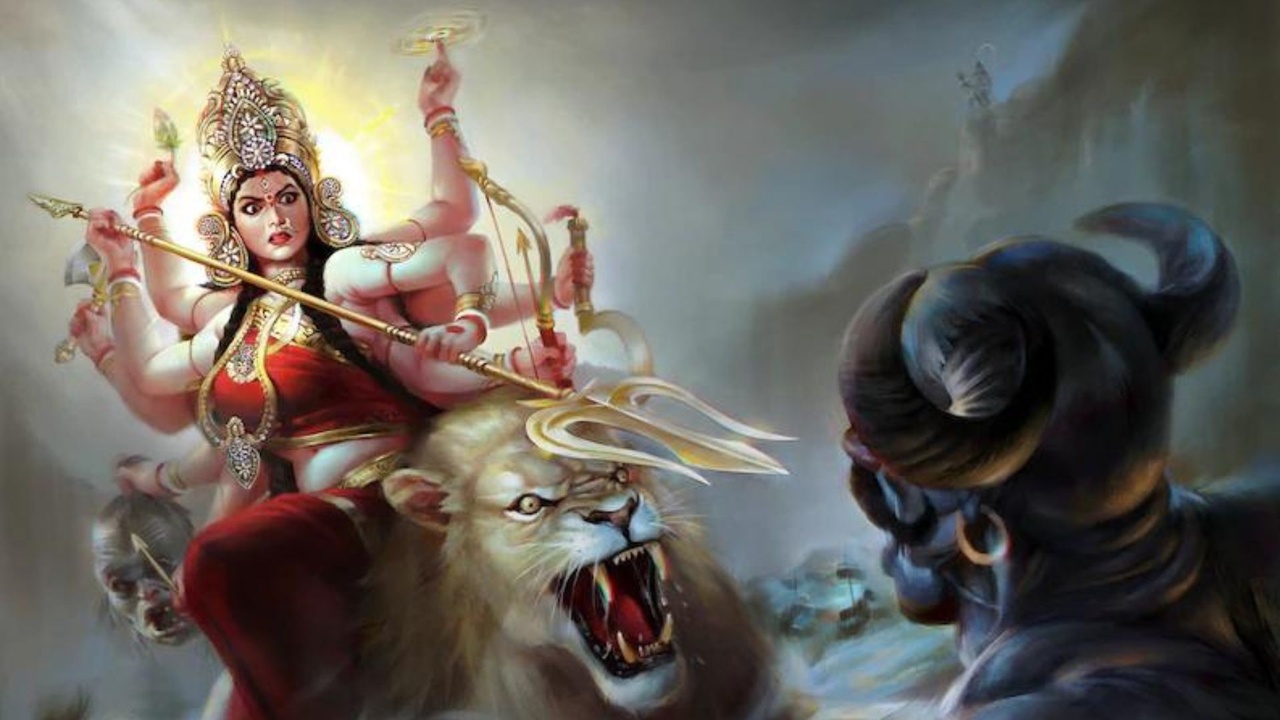 It’s Navaratri, the Hindu celebration of nine nights dedicated to the Goddess. During this time, the Shakti, the creative power of consciousness, is honoured in some of her many forms.

All the deities of the Hindu pantheon represent aspects of ourselves. While their powers may lie dormant, be forgotten, or denied, it is important to remember that they are nothing outside of us. They are inherent powers that we can choose to enliven within ourselves.

Durga is one the great warrior goddesses. Her name means "the invincible." She came into being to destroy the demons of greed, pride, selfishness, and so on, to protect and preserve the harmony of the world.

In fact, this celebration of Navaratri originated to commemorate the nine days that Durga did battle with the buffalo-demon Mahishasura, defeating him on the tenth day.

Durga wears a red sari, the colour of the Shakti. She rides a tiger which symbolizes power and determination. In her eight arms she wields an array of weapons given to her by the gods themselves to use in her epic battle.

Where I lived in India from 1997-2001, there is a magnificent temple dedicated to Goddess Durga. It was one of my favorite places to visit. I can still remember the feeling of sitting on the cool marble floor of the temple pavilion, contemplating her majesty, beauty, and power.

I would sometimes visualize each of her weapons doing battle with my inner enemies, literally slaying them one by one: Her mace smashing my unworthiness, her sword slashing my insecurity, her bow and arrows piercing my fear.

The warrior goddess is that aspect of Shakti that does battle with all that holds us small, that summons our courage and strength, and always emerges victorious.

May you experience Durga's blessings as your own power to slay all that keeps you from knowing your own greatness.